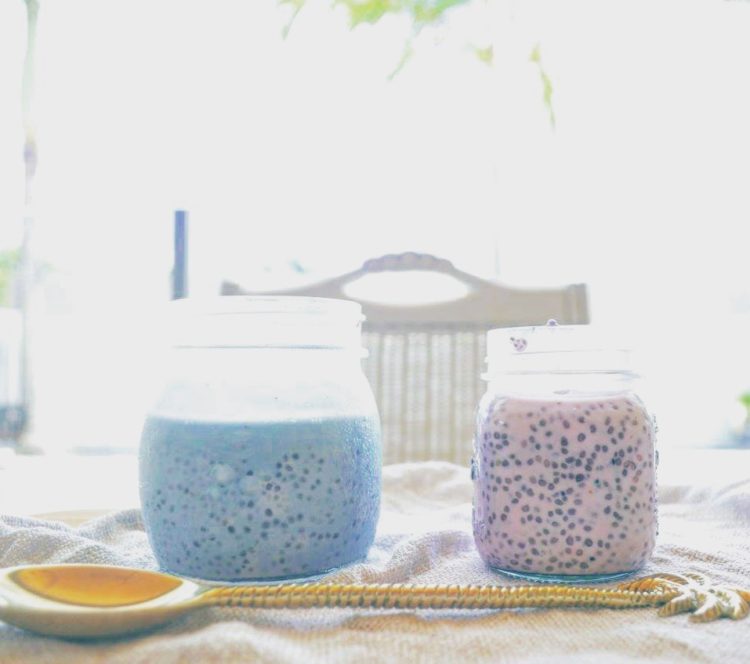 The diet that has hit the world by storm is now gaining momentum in the plant-based world too.  In 2017 Veganism grew by 600% in the USA and 350% in the UK and along with it the Keto trend.   Ketogenic diets have gained the attention of many people, despite its some-would-say extreme guidelines.

The dietary guideline means that traditionally you would be eating large amounts of meat to meet the macro requirements.  However, when I heard that that you could still do a ketogenic diet on a plant-based diet, I was intrigued.

Firstly, for those of you that are “off-the-grid” and haven’t heard about KETO, let me explain it in a “nutshell”!

Keto is lowering your carb intake to anywhere less than 20% of your total daily calorie intake – to give you some perspective that’s 50g of carbs vs the USDA recommendation of 225 – 325g per day 0r 5% of your daily caloric intake.  The macronutrient ratio varies within the following ranges: 60-75% of calories from fat and 15-30% of calories from protein.

Why on earth would you do this and ban bananas from your morning smoothies???

The idea is to use up all of your glycogen stores forcing your body to go into “starvation mode”.  This causes the liver to make energy efficient molecules called ketones (hence the name KETO). The ketones ensure we use stored fat for energy. This is crucial to keep us alive.  In essence, the liver will convert amino acids, glycerol, and lactate into sugar, and therefore, provide the glucose needs of the body and brain during times carbohydrate restriction.

To summarise, you are using your body’s back up system to keep you alive. To use David Goldman’s analogy, the Ketogenic diet is like your computer going into safety mode when it is overwhelmed by viruses.  It can still operate, but will it do so as effectively?

I wanted to answer this question for myself, so I started investigating how I could go about following a 3-week ketogenic diet as a vegan.  And, what on earth was I going to actually eat??

What’s on the V-KETO menu?

Nuts and seeds: a wide variety

What’s off the V-KETO menu?

Legumes, Grains (all including quinoa, amaranth, buckwheat), no fruit except a few berries (as I mentioned), no sugar, no starchy veg (no roast veggies!).  Pretty much everything I love! (except the sugar – I agree with no added, refined sugars!)

The major difference between plant based keto and omnivore keto is that your fats and protein source are all plant based – being plant based and eliminating animal products means the diet would be beneficial for the following reasons:

(and when I say beneficial, I mean compared to a non-vegan ketogenic diet)

PROS AND CONS OF THE KETO DIET IN THE SHORT TERM

ONLY CONS IN THE LONG TERM:

Excerpt from Health Direct https://www.healthdirect.gov.au/ketogenic-diet “Evidence suggests that a keto diet, under the supervision of a qualified doctor or dietitian, may be useful for children with epilepsy who continue to have seizures while on antiepileptic drugs. It may be useful in cases of brain cancer, although further studies need to be done on humans before this can be recommended.

For people who have type 2 diabetes, a ketogenic diet may improve blood sugar control in the short term. However, the long-term effects are not known, particularly on people’s cholesterol levels, which increased in some studies.

The ketogenic diet is often promoted for weight loss in healthy people. Although it has been shown to be fast and effective in the short term, it is not known whether staying on a ketogenic diet is safe and effective over a longer period of time. In the long term, the safer Mediterranean diet or a standard low-fat diet can have the same result.”

My thoughts on KETO – V or not?

All this hard work for some short-term benefits, long term problems and no improvement in high level sports performance (studies have shown increased fatigue, reduced endurance ability, reduced ventilatory threshold) and in overweight people, decreased vigour and motivation to exercise.  Mmmm…I am not so sure!

So, I gave it a go myself – 2 weeks was all I could manage as I found it incredibly difficult to maintain with 2 children, work travel and training.  By day 3, I was feeling terrible.  By day 10, the symptoms had not subsided, and my training had taken a turn for the worse.  I felt dehydrated, exhausted and the brain fog was horrific.  And by day 14 I gave into a pink pitaya bowl with all the trimmings!

Because I didn’t complete a full 4 week program, I decided to chat with Billy Simmonds (Vegan Bodybuilder and INBA Mr Universe) and Crissi Cavarlho (Internationally renowned Fitness Model) about their experiences on V-Keto.

In Crissi’s words: “No, never as a vegan. I remember how awful life was prepping for competitions in my 20’s on the Atkins diet I was so exhausted I nearly had a car crash. I was in a severe deficit. I’m sure only a few % of people do it for medical reasons, but to get lean, it’s very temporary and throws out the homeostasis of the body. Consistency is key in my training and results.  I usually follow the following macro breakdown: fat 15-20% daily calories, protein minimum of 70-80gms a day”

Which is the winner?

I always say, you know your own body, so I urge you to try it out and post your findings in the comments.  And remember to consult a dietician when making any radical changes to your diet.

1 cup of dairy free milk (I use coconut)

Stir all the ingredients together keeping the blueberries aside to garnish before you eat!  Place in the fridge overnight.

His and Hers Chia Pud! (just for fun!) 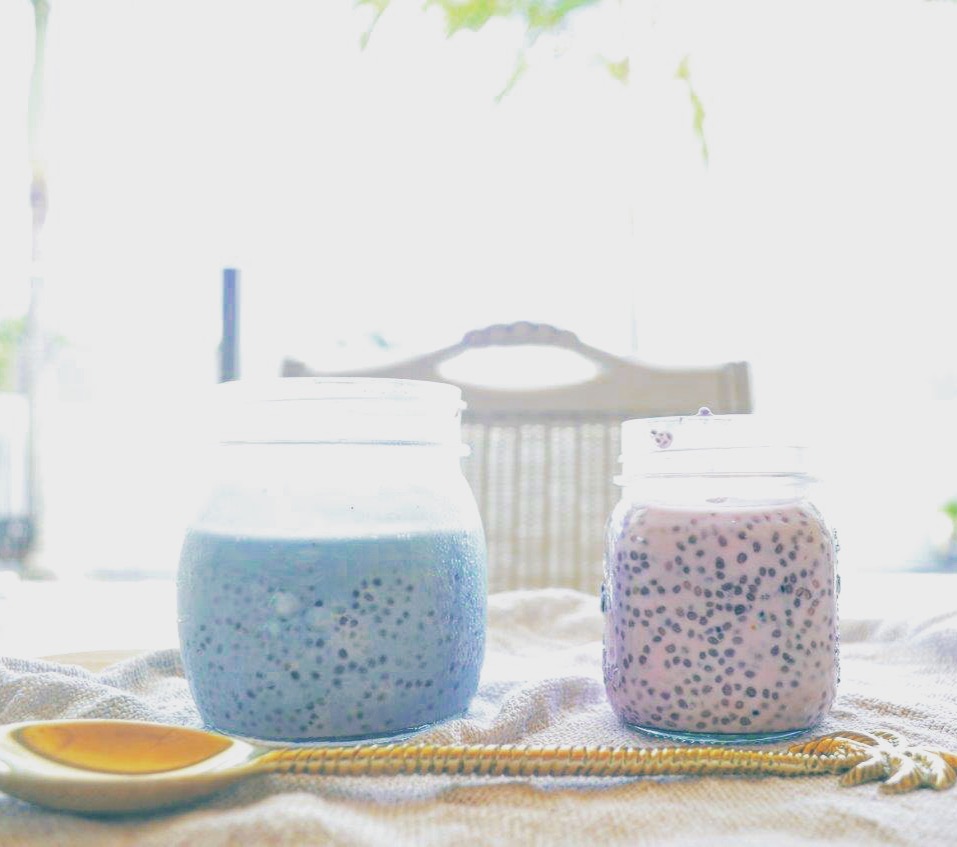 Stir all the ingredients together and place on a lined baking tray.  Bake for 12 min on low heat (120C) until seeds and nuts are lightly browned.  (Keep an eye on the oven because nuts and seeds can burn quickly and easily – you may need to adjust the temperature and cooking time depending on your oven).  Store in an airtight container.

A great on the go or school lunchbox snack too!

Serve on coconut yoghurt or with coconut milk.

Add blueberries or raspberries when serving for sweetness and colour!

A handful of mushrooms, sliced

1 pinch Indian Black Salt (this smells exactly like egg, so if you don’t like the smell of egg, then rather use ¼ tsp garlic powder, 1/4 tsp onion powder and ¼ tsp Himalayan Salt) 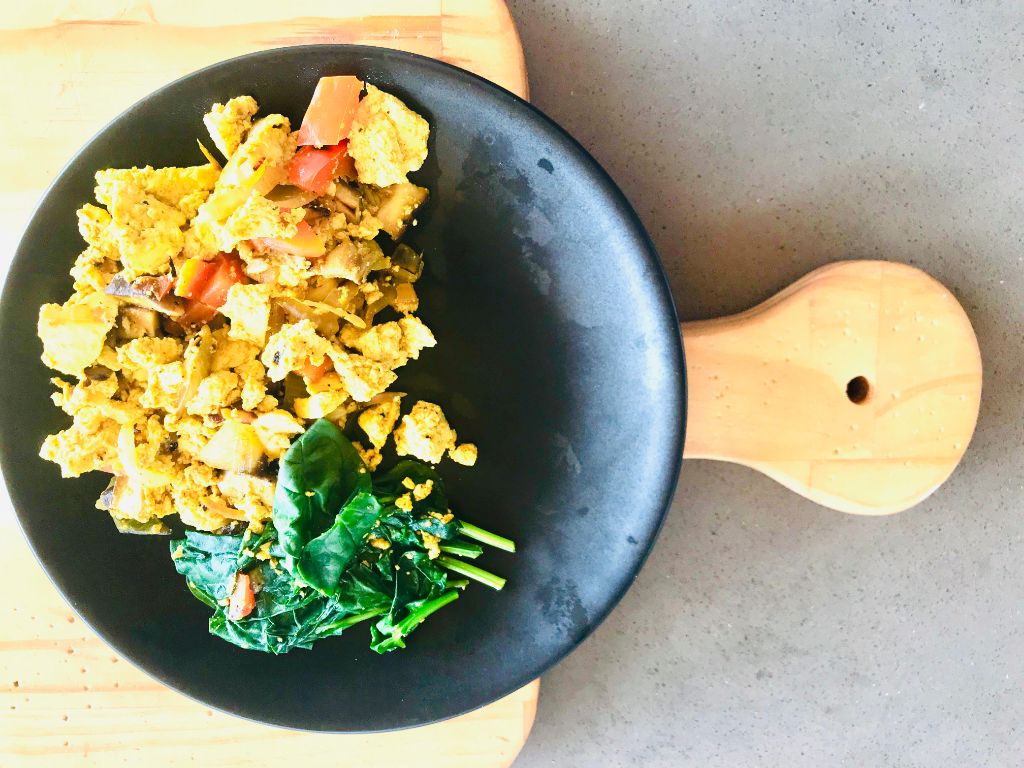 Fry’s is generally low in carbs, so you could include most Fry’s products in a low carb diet.  See this table below for our lowest carb products.  Rule of thumb – crumbed products will always have a higher carb% so remove these when following V-Keto.

Share your experiences in the comments – I would love to hear from you.  Or share the article with a friend…