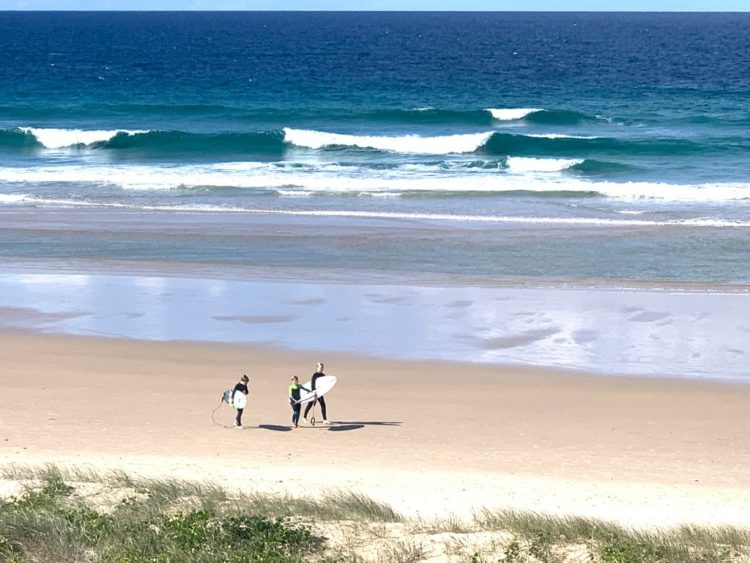 Humanity is navigating a massive crisis at the moment. COVID-19 is, quite rightly so, our core focus right now. But what about once we have made it through the pandemic? What sort of crisis will we face then?

We are in the middle of the greatest rate of extinction since the dinosaurs. Climate change, deforestation, habitat loss, unsustainable agriculture, pollution, pesticides and overfishing are all linked to human activity. Without action, today’s children will inherit a planet that will be severely degraded.

As a mother of two young boys, I have had many a sleepless night over the last few months. But my concern for my family goes way beyond the threat of coronavirus.
I am deeply concerned about what we are leaving our future generations and what drives me each day is the need to create solutions that will help them and the planet as a whole. I am the second generation of plant-based meat alternative company, and our entire business has been built on an ethos that has our children and grandchildren in mind.

What we produce and how we produce it is key to the climate change solution. Food that has a lighter impact on the planet (and that can be produced at scale without a reliance on carbon heavy animal agriculture) is one of the ways I can ensure my children’s livelihood in the years to come.
However, it’s not only the forests and the land that are impacted by our food choices. Humanity’s dependence on animal protein also impacts our oceans which means they are under severe threat from overfishing, ocean dead zones, pollution, species extinction and habitat destruction,
The ocean makes up a massive 70 percent of earth’s total surface and this means that without blue, there is no green.

And yet:
• We could see fishless oceans by 2048.
• 3/4 of the world’s fisheries are exploited or depleted.
• As many as 2.7 trillion animals (fish and by-kill) are pulled from the ocean each year, by fishing methods such as trawling, purse seine, long lines, explosives, and other techniques that are damaging ecosystems.
• As many as 40% of fish caught are discarded every year.
• 1/5 of fish we eat worldwide are incorrectly labelled.
• It is estimated by 2050 there will be more plastic in the sea than fish.

It is indeed clear that critical and urgent change is needed in order “to decrease the risk of irreversible and potentially catastrophic shifts in the Earth system”, as stated by the EAT-Lancet Commission, a group of 37 leading scientists from 16 countries. The good news? Because we are responsible for this global destruction, it is in our power to make the changes needed.

According to the EAT-Lancet Commission, food is the strongest lever to optimize environmental sustainability. They further say that global food production threatens climate change and ecosystem resilience and constitutes the single largest driver of environmental degradation. As such, one of the most powerful actions we can take is changing the way we eat. A diet rich in plant-based foods and with fewer animal products is will ease the pressure on the environment – and improve our health too.
Did you know that a decrease in the consumption of red meat or dairy foods will have an immediate effect not only on the food system but on our ocean waters too?

A surprising fact is that pigs, chickens and cows are the world’s leading oceanic predators. Yes, farmed land animals are the leading causes of sea pollution, species extinction, habitat destruction and ocean dead zones. Our appetite for meat is affecting the state of our waters.

Why is this the case?
• Livestock operations on land have resulted in more than 500 nitrogen flooded dead zones due to waste runoff.
• Pesticides and chemical fertilizers used in the production of feed crops poison waterways.
• Exasperated by climate change – which is largely caused by animal agriculture – more and more heavy metals are leaked into the sea, potentially causing severe health risks for people at all stages of life who eat fish, including deteriorated movement coordination, cognition impairment and more.

Indeed, fish has been found to contain dioxins, PCBs, pesticides like DDT, flame-retardant chemicals, and heavy metals, including mercury, lead, and cadmium, all of which can negatively affect human health. Dietary exposure to PCBs, for example, is associated with increased risk of stroke in general and an almost three times higher risk of hemorrhagic stroke.
PCBs build up in animal fat and cannot be removed through cooking or washing. When we consume that animal, it exists in the body, and can persist for years. Organic pollutants including PCBs and dioxins can be passed from pregnant mothers to their children. Research has also shown that high fish consumption affects cognitive performance and slowed perceptual speed and reaction time in kids. This could be because of the growing neurotoxic contaminants, such as mercury, in fish. Pollutants could also be behind studies that showed that higher intakes of fish were associated with high levels of cognitive impairment and dementia in adults.
They certainly don’t call them “persistent pollutants” for nothing. These chemicals have a long life in the human body; people consuming regular (or even monthly) meals of farmed salmon can end up retaining PCBs and dioxins in their bodies for 50 to 75 years.
“The data is sufficient and strong enough to warrant immediate action”, the EAT-Lancet Commission says. We need to reduce the global demand for meat and animal by-products, limit the use of agricultural fertilisers and implement effective water treatments.

We need to increase the consumption of plant-based foods (fruits, vegetables, nuts, seeds, whole grains, legumes and plant-based meat and fish alternatives), while decreasing animal-based foods. Moreover, there is a need to improve the management of the world’s oceans to ensure that fisheries do not negatively impact ecosystems, fish stocks are used mindfully, and global aquaculture production is expanded sustainably.

There is hope. All we have to do is to stop putting bad stuff into the ocean and excessively taking from the ocean.